Big Bull’ Rakesh Jhunjhunwala claimed that he has been investing in private companies for over a decade and that his unlisted portfolio has outperformed his listed portfolio. Ho, who is claimed to be the country’s largest individual investor, also stated that the level of taxation on equities markets is “appropriate” given the country’s socio-economic realities.

The new aspirants are the ones who make money in an ostensibly uneven society. Don’t think that India is a crony capitalist country. Wealth is being created by first-generation entrepreneurs who came from nowhere. As an Indian, that makes Jhunjunwala proud.

The seasoned investor disputed the concept that abundant liquidity is the primary source of growth for the Indian stock market, claiming that stock prices have skyrocketed in the recent year due to positive earnings expectations.

According to Jhunjhunwala, corporate success in the second and third quarters of the current fiscal year is a testimonial to Indian companies’ earnings potential.

He acknowledged that cheap liquidity circumstances in the US and other advanced nations contributed 10% to the increase of local markets, but emphasized that the profits potential of Indian companies is the more essential reason for development.

Position in the next 5 years: 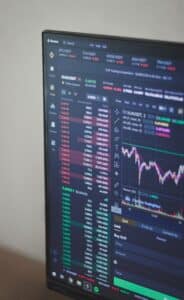 He went on to say that market benchmarks will continue to double every four to five years and that India’s per capita GDP will overtake China’s during the next 25 years due to fast economic growth. India’s GDP growth will hit double digits by the fiscal year 2025-26 and will remain there for the following 20 years, he said. Junjunwara further stated that there is no justification for the RBI to hike rates due to inflationary concerns as the economy continues to thrive. He also proposed re-creating a consumer price inflation basket with a greater than 50% weighting on foods with considerable price variability. As the economy grew, he contended that food was no longer a significant consideration.

He acknowledged that cheap liquidity circumstances in the United States and other advanced nations contributed 10% to the increase of local markets, but emphasized that the profits potential of Indian companies is the most essential reason for development. Jhunjunwala also stated that he is more bullish in battered sectors such as infrastructure, cyclical, and state-run lenders, but advised against investing in companies with poor corporate governance. The list of factors that should be evaluated when choosing a stock to invest in includes the growth possibility for a business, the people running the organization, the governance structure at a company, technology adoption, and the firm’s belief in frugality.

With so many scams and people making invasions of taxes he stated that given the current situation in the country, where Prime Minister Narendra Modi has indicated that private capital will be respected, people who have committed sins such as not paying back banks despite living in beautiful houses should be concerned.

With such a bullish nature in the stock market, it is almost impossible to not believe what Rakesh Jhunjhunwala mentioned about buying his unlisted shares that lead to the growth in his income. He also predicted that market benchmarks will double every four to five years and that India’s per-capita income will surpass China’s in the next 25 years due to rapid economic growth. India’s GDP growth will reach double digits by 2025-26 and remain there for the next two decades, and that would be an era for the stock market and for people who are willing to invest in the share capital. Not just that  Jhunjunwala also stated that with the economy gaining traction, there is no reason for the RBI to raise rates due to inflation concerns. He also suggested recasting the consumer price inflation basket, which currently has over 50% of its weight in food, which has very volatile prices.

To Conclude, it is often noticed that people with little knowledge about share capital make wrong choices by not thoroughly going through the market knowledge and to help you out here, Babli Investment is the best-unlisted share dealer in India and we provide up to the date information and makes it easy for you to invest with the ongoing stock market rise and fall. For more information contact us as well as visit our website and read our other blogs to gain more knowledge.

“It was a privilege to see a new band of Indian Advisors in the likes of Sanjay with a unique approach and consistent hardwork in this field for well over a decade , A True champion in every sense !”

Office
How can we help?